MICHAEL M. TSONTOS S.A. between March 2012 and March 2015 completed successfully a three year contract known as MATOC (Multiple Award Task Order Contract), on behalf of the US Army in Bulgaria and Northern Macedonia with the budget of $30,000,000.00.

Also, since September 2017 the company participates in a five year contract on behalf of the US Army in Romania with the budget of $49,950,000.00. In Romania the company operates at present from the executive offices in the city of Constanja and Cluj. 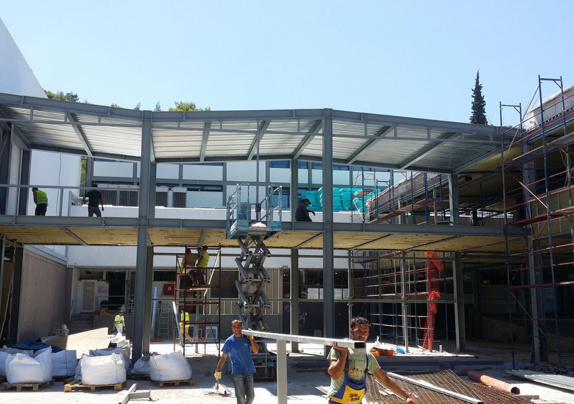 Construction of a metal structure building on an existing parking area, totaling 1350 m², including all architectural